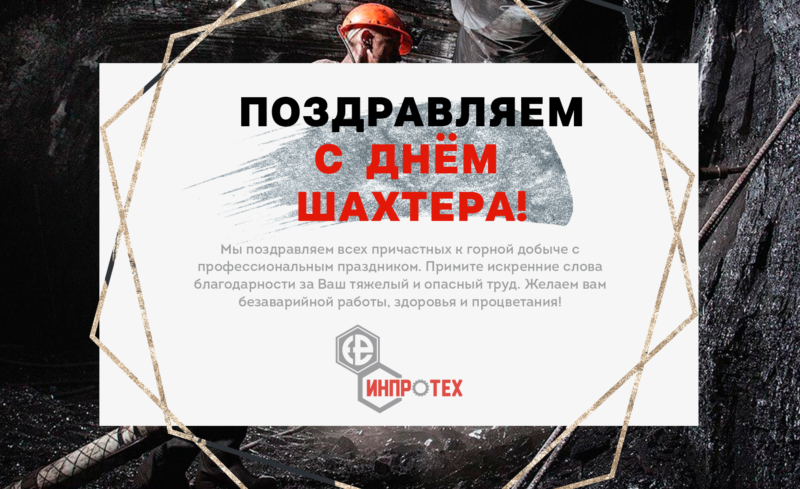 Friends and colleagues, we hasten to congratulate you on Miner’s Day.

It is a professional holiday of miners, the history of which began in the times of the Soviet Union. At night from August 30 to 31, 1935, the miner Alexey Stakhanov set a record – he mined 102 tons of coal with the quota of 7 tons. Since then, the last Sunday in August has been the miners’ professional holiday.

The holiday was officially established in 1947, and ceremonies in honor of the mining industry workers were first held in the Soviet Union on August 29, 1948. Today this holiday is celebrated in regions where minerals are mined.

Miner – a very difficult and responsible profession, which requires a lot of skill and courage. Not everyone can go down into the bowels of the earth every day to perform their duties. The miners’ work is a true feat, which is performed at the risk of death.

We congratulate all those involved in mining on their professional holiday. Please accept the sincere words of gratitude for your hard and dangerous work. We wish you accident-free work, health and prosperity!