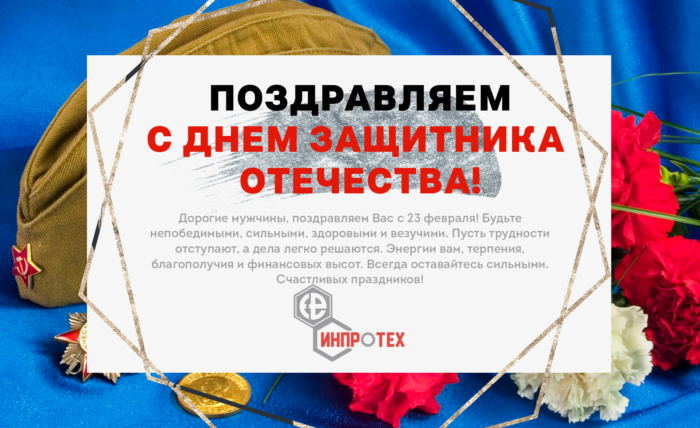 Friends and colleagues, we hasten to congratulate you with the upcoming “Defender of the Fatherland Day”.  The holiday originated in the USSR, when February 23 was annually celebrated as a national holiday – “Day of the Soviet Army and Navy”. After the collapse of the Soviet Union, the holiday is still celebrated in some CIS countries.

February 23 is celebrated in Russia as Defender of the Fatherland Day. In fact, the holiday is celebrated as a day of men. This holiday has developed and its own traditions in carrying out – veterans who served during the war, are awarded commemorative awards. The holiday has become a national holiday, and the distinction between those who have ever served in the military and those who were not involved in it has been erased. Any man is a priori considered a potential defender, and if it so happens that the homeland is in danger, each of them becomes a warrior. The holiday of February 23 has become a common “men’s day”, which in our country is loved and revered.

Dear men, we congratulate you on February 23! Be invincible, strong, healthy and lucky. Let the difficulties recede and the problems be solved easily. Energy to you, patience, prosperity and financial heights. Always stay strong. Happy Holidays!